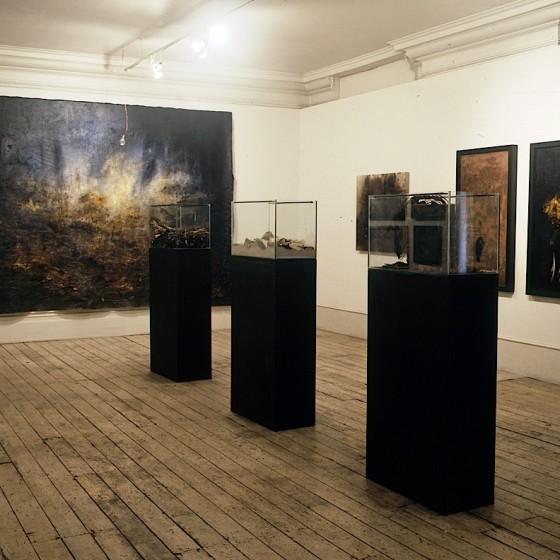 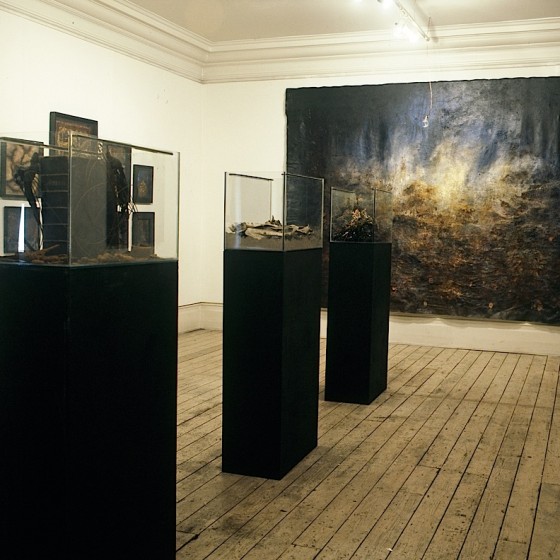 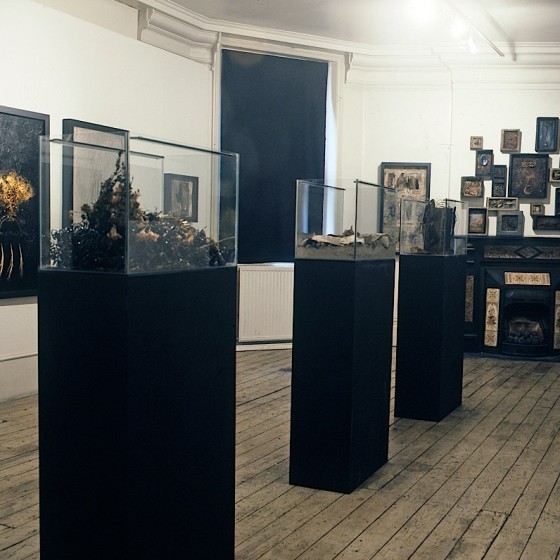 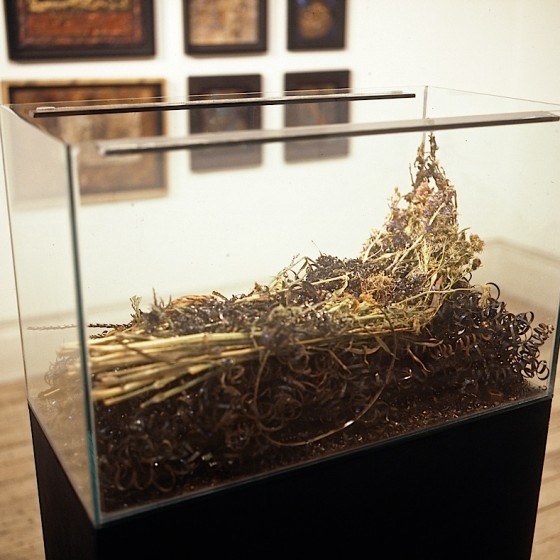 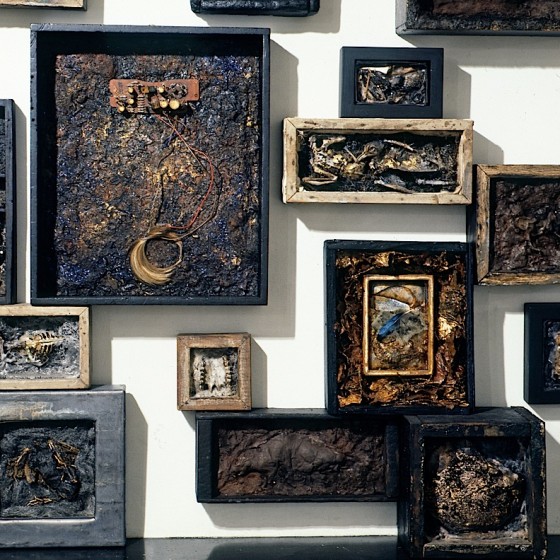 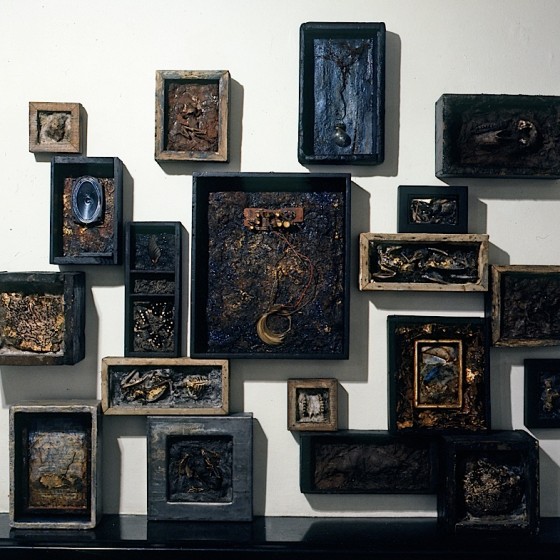 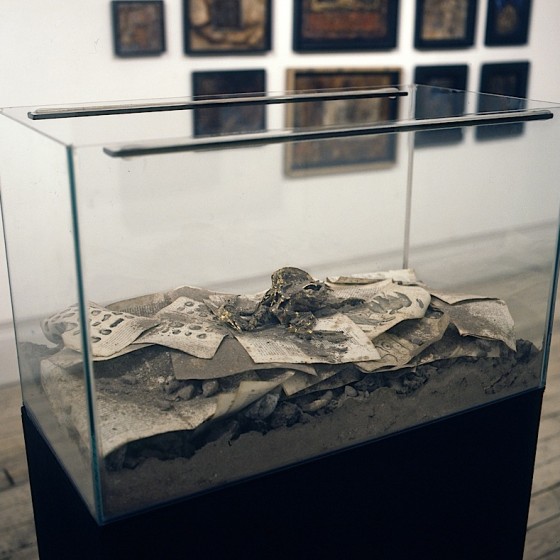 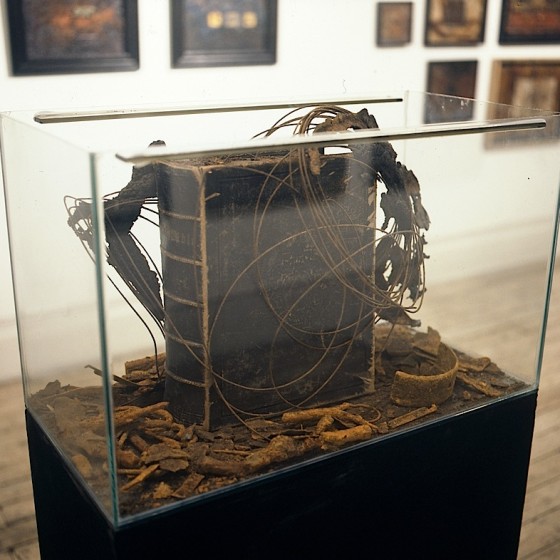 The sap is mounting back from that unseenness
darkly renewing in the common deep
back to the light, and feeding the pure greenness
hiding in rinds round which the winds still weep.

Looming, through an advocacy of the primacy of process, sought to reaffirm through its intentions a line of artistic thinking that can be traced back to the work of Kurt Schwitters.

In its content it alluded to our uneasy relationship to and inexorable move from the natural world.
The works, deeply inspired by the landscape of the Cumbrian Lake District, were concerned with the texture of material traces and imprints resulting from a past whose memory has dimmed and whose origins, whether naturally shaped or man made, are forgotten. The land remembers its own history, and all that has happened to it and within it: it protects its own memory. We generally take its outward signs for granted and are often blind or blasé to the significance of its internal workings.
Two large works on canvas acted as a backdrop to numerous smaller mixed media box works and three glass tanks, which contained various artefacts and found objects immersed in organic matter. The ‘materiality’ of the works was important, celebrating the act of painting as an ordering of thought, material, process and memory. Appearing more as found than made, the works echoed a utopian ideal of nature writing itself, further blurring the boundaries between chance and artistic intervention, between nature and culture.