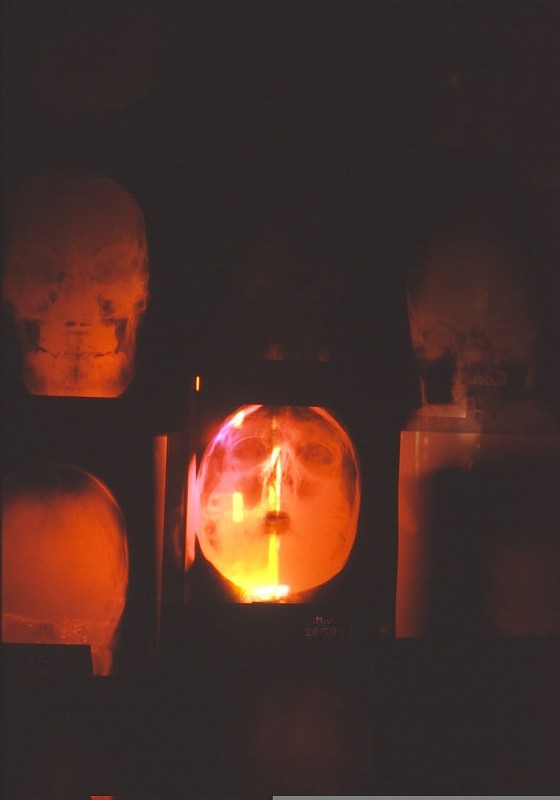 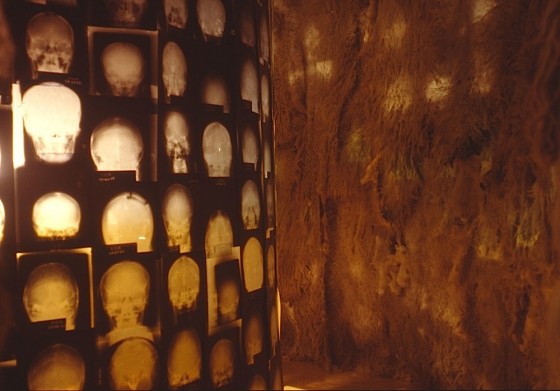 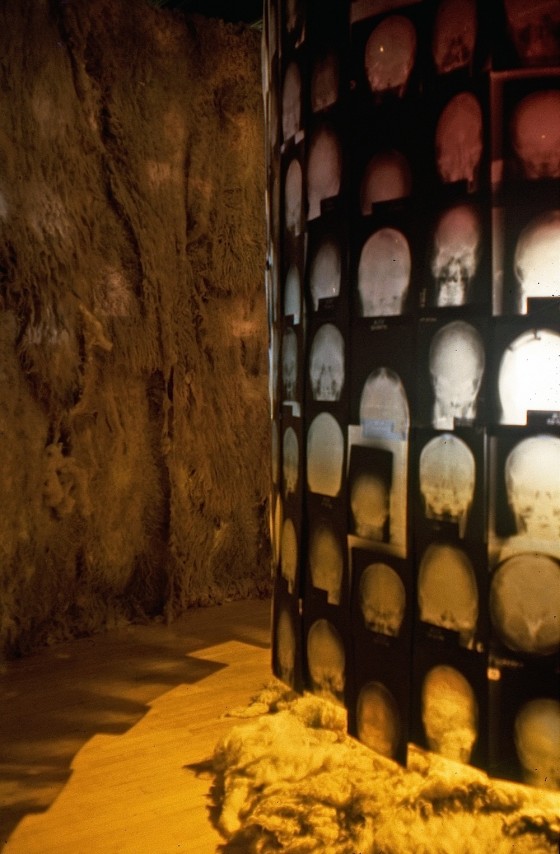 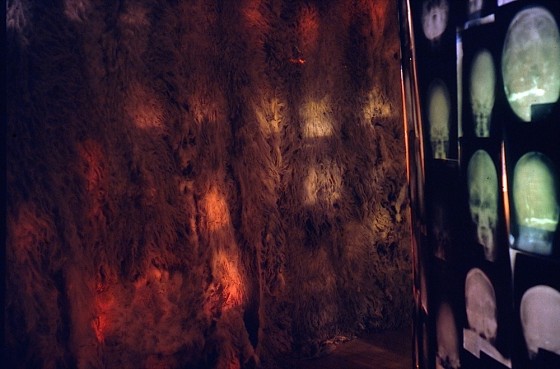 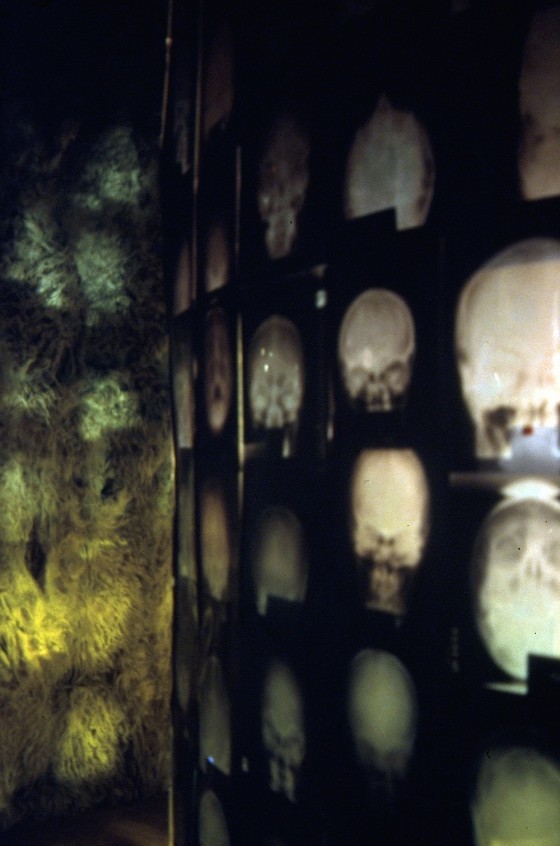 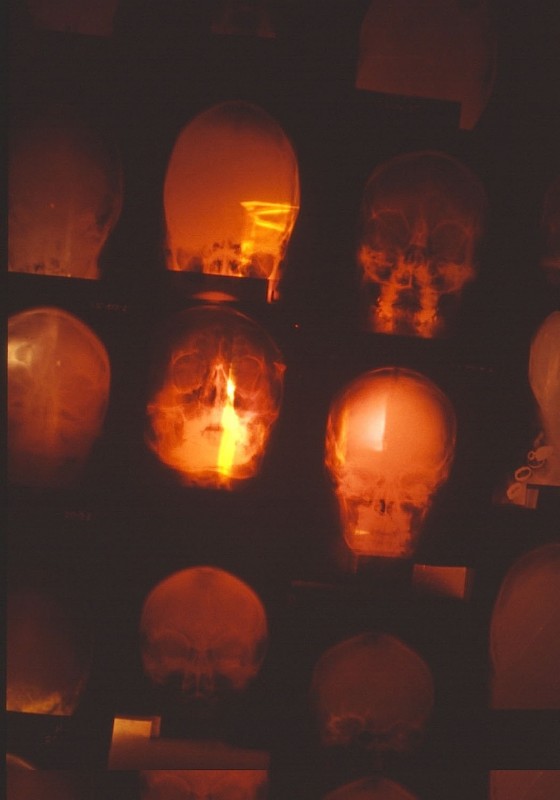 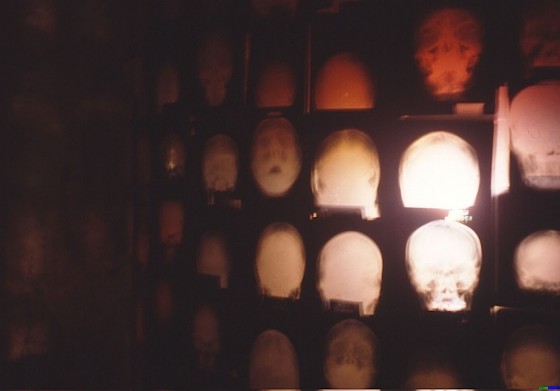 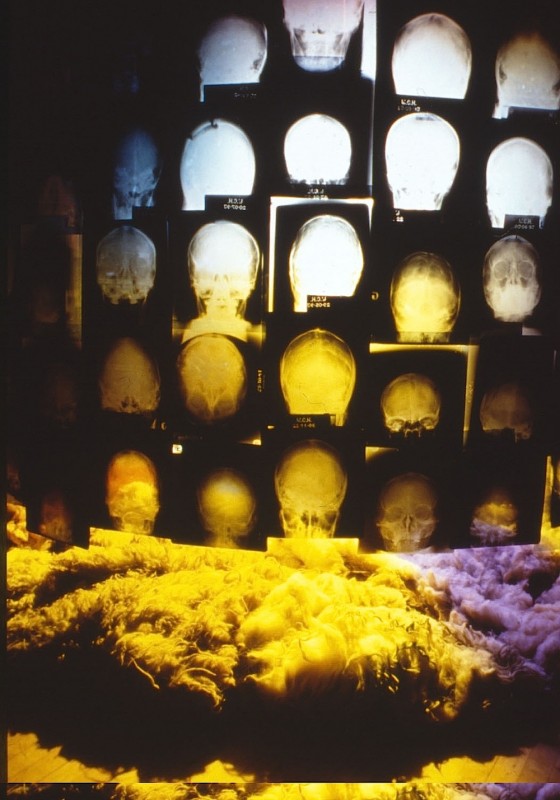 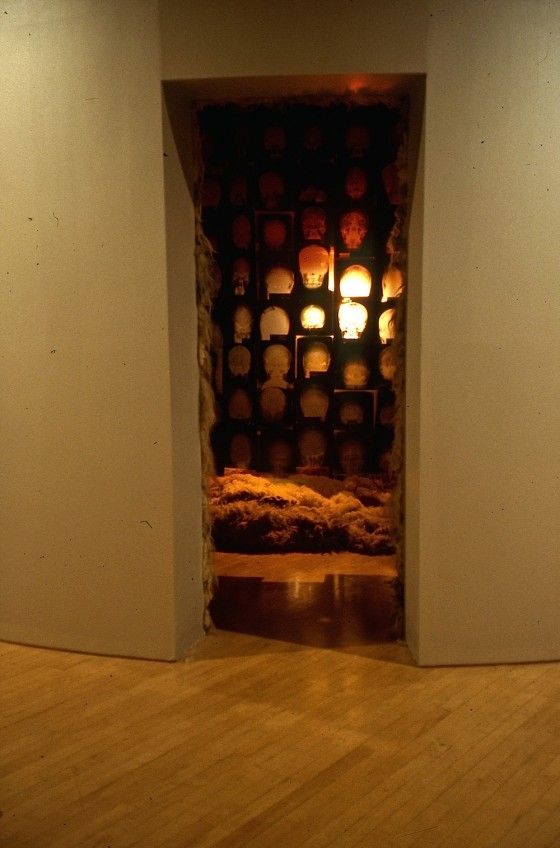 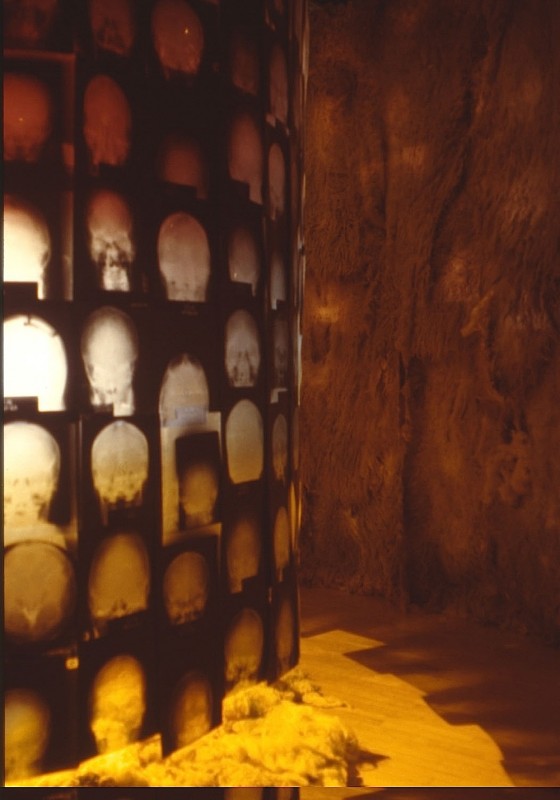 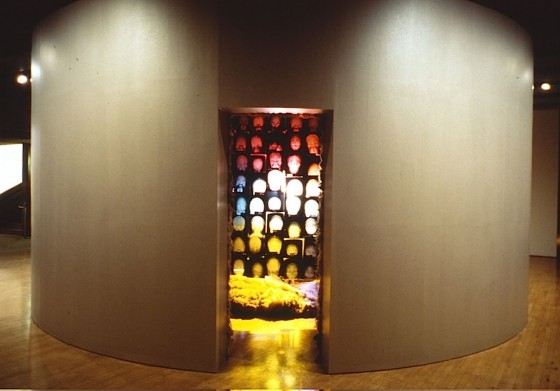 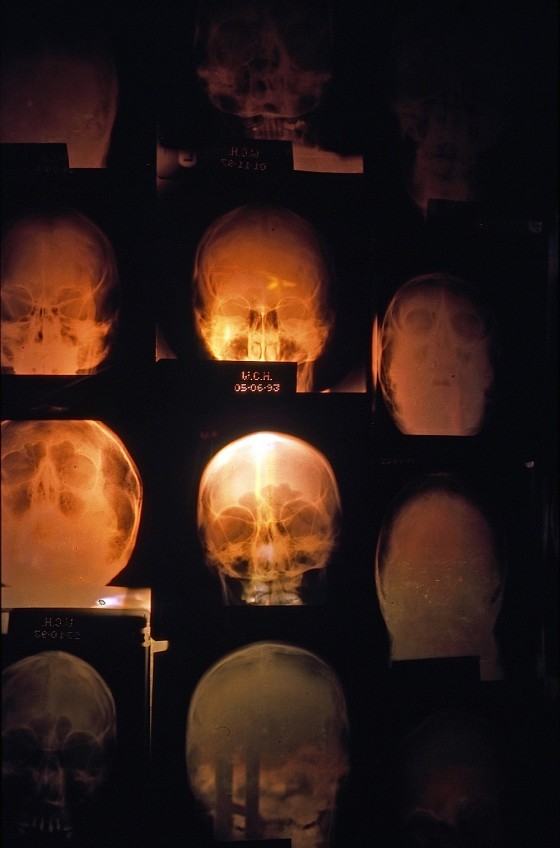 Multimedia installation by Russell Mills and Ian Walton
Commissioned by David Toop for Sonic Boom: The Art of Sound

Silver painted wooden cylindrical tower, Sheep fleeces, circular steel hanging grid, X-Rays, custom made rotating random mosaic lighting device, six CDs x 12 speaker sound system
Mantle consisted of a circular chamber, its internal wall clad in sheep fleeces, within a cylinder of X-Rays suspended around and over a floor of sheep fleeces, all these elements referencing our place in nature, and our role as spectator and worker within it.
Accepting that history and memory feed continuity and change, giving shape to living things and substance to our speculations of possible futures, Mantle explored the idea of land as force and as metaphor for transformation, while also seeking to articulate a sense of the immense global influence of the human impact on the landscape over time. Mantle evolved out of and was a reflection on, a multitude of inter-related ideas born out of our awareness of the aesthetic of the natural world as being profoundly and inextricably political and economic. It dwelt on the uneasy and currently unbalanced symbiosis between land as fundamental matter, and how we shape it and in turn are shaped by it. The hidden laws of nature’s ceaseless flux have primarily dictated all occupations, habitations, trade routes and the subsequent exchange of cross-cultural ideas. In all instances it is the land, the climate and the cyclical, relentless processes of the phenomenal world, which ultimately determines our actions.

Mantle’s large outer cylinder, a zone of separation, clad in sheep fleeces was as muted as an anechoic chamber, suggesting a shelter, temporary, ephemeral, at one remove from the shepherd’s cloak, the minimum required for shelter. The inner cylinder of X-Rays of human skulls, represented the bothy of the charcoal burner, the resin gatherer, the bodger or the willow worker, the leaf-hut of the Amazonian jungle and the shantytowns of the world’s ‘cardboard cities’.
The sonic elements of Mantle arose out of the contextual roots, which anchored and bound the installation. The sound was conceived so as to create a magnified sense of place, time and emotion, while emulating the experience of listening in a landscape, whether rural or urban, where we are enveloped in a wide sonic backdrop of indeterminate sounds. Sonic elements used included the human (blood flow frequencies and breathing), the mechanical (rock drilling and stone cutting), the natural (rivers, winds, birds and animals) and the found and manipulated (glass and metal spinning, struck stones and beaten wood). Each element had been extensively treated so as to collectively evoke an invented, previously unimagined place.
Each CD carried a unique palette of these audio elements, each of different durations and all looped at varying intervals, thereby creating a series of endlessly changing mixes in real time.